History Of The Apricot Fruit 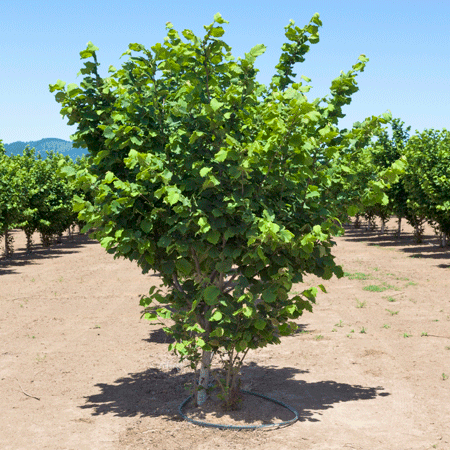 The modern name for filberts has evolved from European folklore. The original name was connected with Saint Philbert’s Day (Saint Filbert), the day that harvesting the nuts began, August 22nd, the day of observing the Saint’s day of celebration. The famous Roman historian, Pliny, recorded that ‘hazels’ (filberts) were frequently gathered by the Romans as food. Pliny believed that filberts (hazelnuts) had originated in Damascus, Syria, where they grew naturally in forests; however, archeological records have shown some fossilized remains of filberts (hazelnuts) that were 5000 years old in prehistoric excavations from China. Almonds are found growing wild today in many European countries and Asia Minor. There, the climates are mild during winter with cool summers near moist soils and large bodies of water like the Black Sea boundaries around Turkey and near the Mediterranean Sea surrounding Sicily and Italy.

The first commercial nursery in the U.S. was established by Robert Prince in 1737 in Flushing, N.Y. George Washington visited this nursery by river barge in the spring of 1789 just after being elected the nation’s first President. During the Revolutionary War, General Washington sent armed guards to surround and protect this valuable nursery that contained American filbert trees and “Barcelona” filbert trees that were imported from Spain. When Lewis and Clark conducted their exploration of the Northwest during the presidency of Thomas Jefferson, they returned with collected specimen plants to be used as nursery stock at Prince Nursery for propagation, research, and sale. Professor of Horticulture and Pomology, Dr. MacDaniels, of Cornell University, did much filbert hazelnut research at a very large nut orchard that he established early during the last century near Ithaca, New York.

Filberts are alleged to conjure up mystical powers by certain cult members and have been thought since ancient times to be used as ‘divining rods’ to locate underground springheads of water, buried treasure, minerals, ores, and as various remedies for illness and ailments of many kinds.

The European filbert (hazelnut) tree, ‘Corylus avellana L.,’ is the world’s most common and commercially advantageous filbert that is familiar and available to markets of today. This European filbert tree grows to 20 feet in orchards when trained into a tree by removing the lower limbs. Orchardists there expect filbert trees to bear after three years of planting and a mature tree averages 20-25 pounds of nuts per year. Two different trees are necessary to insure nut production through cross pollination.

The developing nuts are green in color, but when mature, the nuts turn a chocolate brown; however, the filberts (hazelnuts) are not released from the hull until 6 weeks later, after drying. The nuts may grow in clusters up to 12 nuts, about the size of acorns, and are usually mature during the last week of August, being collected during the last of September. Although filberts are gathered by hand in Europe for commercial markets, they are gathered mechanically in nut orchards of Washington State and Oregon in the United States.

American filberts, ‘Corylus Americana Walt.,’ were described in historical literature as growing among native forests in bush form, although commercially the plant can be formed into a small tree up to 12 feet tall by removing the lower limbs. This filbert tree is very cold hardy, surviving cold extremes down to minus 30 degrees F; Zone 3 to 9, from a range that extends from Maine south to Georgia and westward to Missouri and Oklahoma. The American filbert (hazelnut) tree is commonly propagated by dividing clumps. This filbert tree is very aggressive and can emerge from severely burned over forests to become reestablished from the very woody, large rhizomes that grow about six inches beneath the soil; the American filbert is very shade tolerant and grows in light intensity as low as 1% along streams, woodlands, pastures, roadsides, and forest edges. The tree can produce nuts as early as the second year. Filberts are eaten by mammals, quail, deer, and large birds. The kernels of filberts are used in cereals, confections, candies, cakes, and canned as pure hazelnuts or mixed nuts for sale at Halloween, Thanksgiving, and Christmas. Filbert hazelnuts are also used to flavor soups, to be eaten raw or to be ground into a flour to form a cake like bread.

One report from the University of Georgia farm claims that filberts (hazelnuts) have matured on plants that are located there at the trial orchard.

World production of filbert hazelnuts is dominated by Europe and the Mideast; 75-80% of the world’s nuts are harvested from orchards near the Black sea, bordering Turkey. Another 15% of filberts are produced from Italy and Sicily, and a 2% share of the market comes from Washington State and Oregon.

As a health concern, many people need to reduce their risk for heart disease. The FDA claimed “consuming just 1.5 ounces of hazelnuts per day may help reduce the risk of cardiovascular disease” as part of a diet low in saturated fat and cholesterol. Doctors have proven at a Boston, MA hospital health study that states, “men who consumed nuts twice or more in a week had a 47% lower risk of sudden cardiac (heart attack) death, and 30% lower risk of coronary heart disease death.”