History Of Plum Trees And Their Hybrids 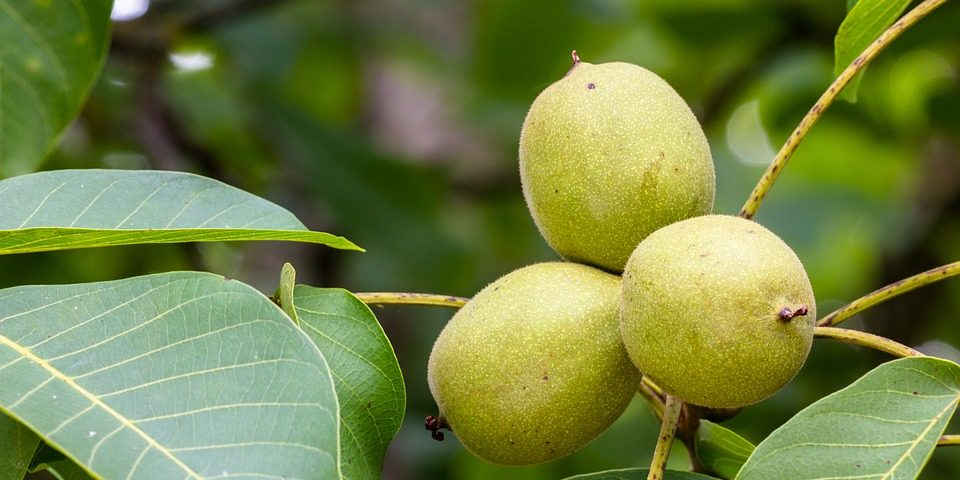 The first historical accounts of walnut trees growing under civilized cultivation was in ancient Babylon (Iraq) about 2000 B.C.; however, walnuts have evidently been attached to mankind much earlier by excavations from cave fossils as suggested by archeologists. There is a reference point in the Biblical record in the Old Testament, that King Solomon was growing nuts (identified as walnuts by some translators), however, the likelihood of these nuts being other than almonds is very remote, because of the almond nut image that was used as symbols commonly in Hebrew icons and stone carving displays in Jerusalem inside Solomon’s temple. The adaptability of almonds is much more likely for almond trees to succeed than for walnut trees in the climate and soils of Israel.

English Walnuts, ‘Juglans regia,’ were brought into the United States by Spanish missionaries in the early 1800’s by Franciscan monks, who settled along the California coast. Because the English walnut orchards, that were rapidly established in Central California came from the seeds planted from those walnuts that grew in the Catholic missions, the walnuts were sold and distributed under the name ‘Mission Walnuts.’

Famous chefs of the world use walnuts in many types of cuisines including meats, vegetables, desserts, and soup preparations. A world famous dessert–made from walnuts, honey, and paper-thin, buttered, flakes of crusts–is called ‘Baklava.’

Important commercial types of walnuts that are grown today for profit are ‘Juglans regia,’ the English (Persian) walnut, that is mainly grown and produced in the United States. Trees can live to an age of approximately 60 years and grow to about 60 feet tall at maturity.

Black walnut, ‘Juglans nigra,’ a native walnut tree in America is grown mainly from New England to Minnesota and Nebraska and southwards down to the Gulf of Mexico. The black walnut tree can grow to a height of 60 feet and can live past 100 years. Black walnut trees have been grown mainly for their value in making expensive furniture; the nuts are harvested in considerably large quantities to use in baking, ice cream, and in candy recipes. The nuts can be easily shelled into large pieces if soaked overnight in water. The nuts are known for their crunchy flavor, which is distinctively spicy and enriched in its oil content.

Butternut or White walnut, ‘Juglans cinerea,’ is genetically closely related to the black walnut, ‘Juglans nigra,’ that forms oval shaped nuts, with a thick corrugated shell, 2 inches long with white kernels; richly flavored and preferred by many people to have a superior flavor over other cultivars of walnuts. The white walnut can grow 100 feet tall with a life expectancy of 75 years. The white walnut tree is the most cold hardy of all walnut trees, growing vigorously in zones 3-9. The roots of these trees, like black walnut trees, will exude a poisonous chemical that kills other plants (phytotoxic) growing nearby, thus other vegetation does not grow well if located within 80 feet of the trunk of the tree. The tree has a broader, leafy canopy than other walnut trees, but the wood is soft and inferior.

Walnut kernels are universally known to contain many antioxidants that offer health benefits and will lower cholesterol in the body, thus lowering heart damage from disease and cause a dramatic reduction of fatty coagulants in veins and arteries. The leaves have been used as a laxative since antiquity, as well as to induce vomiting, stop bleeding, stop diarrhea, as a cure to many skin diseases and herpes, and to kill human internal worms. Walnut hull extracts have been used to treat liver problems, to kill ringworms, and to help lose weight. Walnuts are highly beneficial in providing all of the Vitamin B series, Vitamin E, and many minerals that are beneficial to keeping a healthy body.

Walnut hulls have found many uses in a powdered state as a metal polish, as a thermal insulator in rocket nose cones and as a mysterious, secret ingredient in women’s cosmetics. Walnut tree extracts have been used for centuries to make ink and dyes. The Egyptians used walnut kernel oil to embalm mummies by replacing the blood with walnut oil.

Greek mythology records that Carya, (the Latin genus name for walnut), who fell in love with the Greek God, Dionysus, was transformed into a walnut tree at her death. The wooden walnut columns (and later, marble) at the Acropolis that stand above the city were transformed into her human image (catyatides) that today can be seen by tourists in Athens, Greece.

Other minor species of walnuts include the “Heartnut walnut tree,” ‘Juglans ailantifolia,’ that is as hardy as the American black walnut, easily grown, very productive, especially after the trees grow older. It bears strings of nuts sometimes 30 or more in a single cluster that hangs down 1 foot in length. The kernels of these heartnut walnuts drop out into a container completely intact when the thin shells are cracked. Luther Burbank felt that this walnut was an intermediate variant of the Japanese walnut. The Manchurian walnut tree, ‘Juglans mandshurica,’ was introduced as a variant of the Japanese walnut during the Civil War of the United States. The flavor of these nuts is considered spicy and superior in taste to other walnuts, while being crunchier. These trees grow to 100 feet tall or more and are cold hardy from zones 5 to 10. This walnut tree produces a staple food crop in Korea (Manchuria). Many excellent food products are available using the nuts from this walnut tree.